A few years ago I slipped on an icy patch crossing the street in Fort Collins, Colorado and landed on the bumper of a car. It forced my right arm much high that is was meant to go. Boy was it painful. As gracefully as possible I picked my self up and with one arm hanging at my side motioned to the driver that I was OK!! That was a lie because I knew that I had pulled something out of it's socket, broke a bone or tore ligaments. 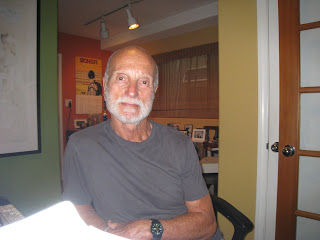 Within a few days it started to feel better so I went back to my usual exercising routine avoiding most things that would cause pain to that area. A few months later I visited a orthopedic surgeon just to see what I actually did to my shoulder. His answer after doing an MRI, "You have a massive tear in your rotator cuff." He explained to me that it had already begun to reattach itself and his advise was the following: surgery or leave it alone. Surgery would require lots of rehab, pain, many months to heal and the arm will never lay against your body evenly. The other option was leave it alone. That was an easy choice, I left it alone. The surgeon also said that because I continued too exercise the healing process was much more rapid than a normal recovery from this kind of injury.

Nine years later I have not had any trouble with that arm. I play tennis, lift weights, cycle, swim, run and hike without a hint of a problem.

The essence of the story: think it thru before jumping into surgery and do some of your own research, it's easy, just google it!!

Keep it Simple, Consistent and Fun. 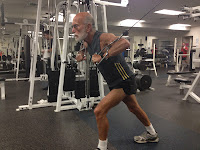 As a 76 year old guy let me give you my observation about getting old.... it's really not as bad as we were told. Yeah there are new little aches and pains that you never had before or sometimes you forget words or thoughts that just disappear as you were about utter them. Ever go into a room with a definite goal in mind and then wonder what you're doing there!! This is called aging. Nothing unusual about it just a phase of life we haven't experienced before. The other option is not so good. 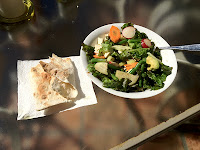 What helps me the most in keeping a sharp mind as I age is to exercise more and eat less. Exercise stimulates the mind with the increase of blood flow to the brain and eating less allows my body to work more efficiently by not having the stomach work harder breaking down more food than we need. Now this may seem like a simple answer to what we've been taught to believe but my suggestion is to try it and see for yourself. It works for me.

Keep It Simple, Consistent and Fun

My experience: consistency is what counts. It's not what you do once in a while it's what you do every day that matters.  It's the tortoise and the hare story, if you stay with it you'll win, not necessarily because you come in first, but because you crossed the finish line.

The turtle and the rabbit are just a metaphor for consistency. 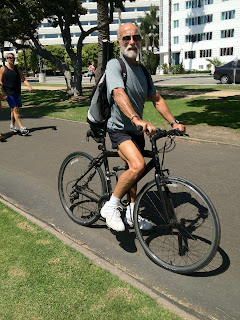 If it's about your new exercise plan or changing eating habits just remember, be consistent! My experience is not to weigh yourself everyday or check your exact time after each run but just do them consistently and the positive results of those efforts will appear magically!