Exercise and the smarter brain....a myth?


"According to many studies over thousands of years, movement shapes the human body. Today humans have a brain that is about three times larger than would be expected given our body size. Our brains were shaped and sharpened by movement and we continue to require exercise in order for our brains to function optimally. It is generally agreed that the brain was driven by need to think but some scientists are now suggesting that exercise played a critical role in making our brains larger." 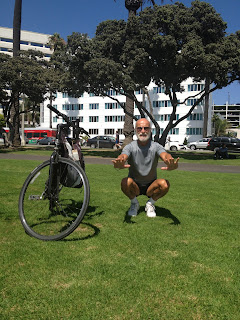 Now here is what I think. As a 76 year old guy my experience after working out either by running, weights, swimming, biking or whatever I do, my little brain clearly functions better than before the workout. Why does this happen, well again in my opinion working out forces you to have to breathe harder and take in a lot more oxygen than when your just sitting. The oxygen and greater blood flow to the brain during a work out is what does the trick.

Try it and you'll see how much better you feel and think after a good workout.